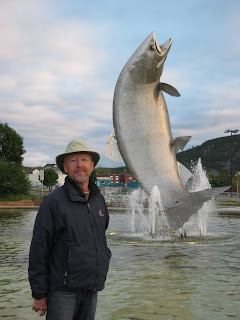 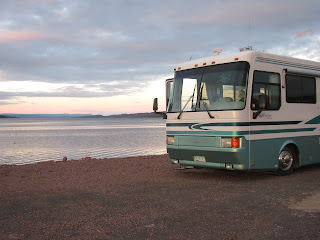 Our first camping spot in New Brunswick.  Right on the beach.  Met two couples from Alberta and spent a few evening hours by our gas campfire visiting, getting to know them and exchanging emails.  We ended up traveling with Lyd and Dwayne off and on for the next few weeks.  Great couple from Edmonton that have a house in Honduras where they spend the winters. As we travelled we met up with Walt and Mary from Camrose in various places.  They returned home to Alberta in September. 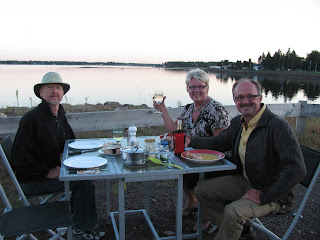 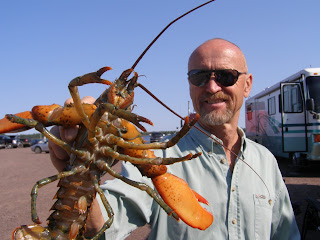 New Brunswick was a lovely experience done in two parts.  The first trip down the east coast scenic route as we headed to PEI.  Our second night was spent on the fisherman's wharf at Richibucto where the guys bought 4 freshly caught lobsters for $20.00 cash.  Best lobster meal I have ever had and we cooked them ourselves.  We were able to stay on the wharf for a second night.  I went to a salon and had my hair cut and colored and we went for a bike ride. 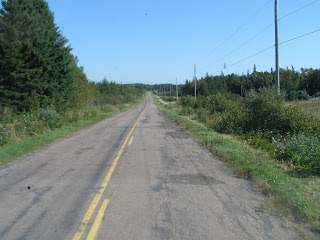 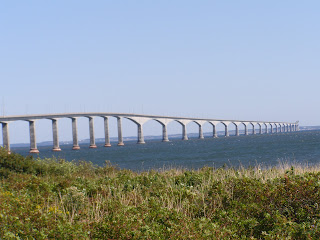 Next day, up and on the way to PEI.  Still traveling the coast scenic route and it took us on a side road that was gravel for a few miles.  Actually the gravel was better than the pavement.  Finally arrived at the famous bridge to cross over to the island.  The wind was blowing but for us it was a tailwind, so blew us across the bridge.  Stopped at the info center and gathered our information for the stay, maps etc.  Our friend Norm had told us about a place call North Rustico which is really on the north side so got directions and proceeded to find this place.  Free camping at a marina.  Got to love it!!! 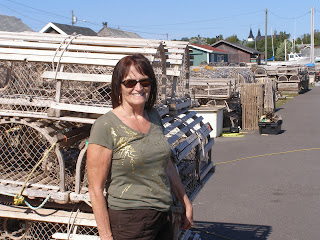 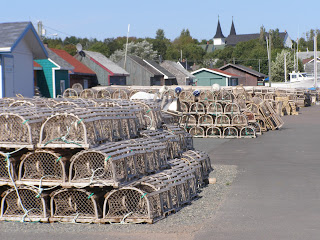 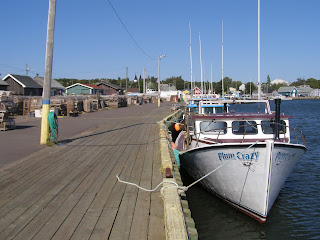 The last evening we were here, some fishermen came in with a 900 lb. Tuna and there was cause for celebration. Lots of beer for all! Everyone connected showed up and they gave us some tenderloin from the tail.  Lyd cooked up some for the guys and everyone thought it quite funny that a prairie girl was the first one to get them to eat fresh caught Tuna. 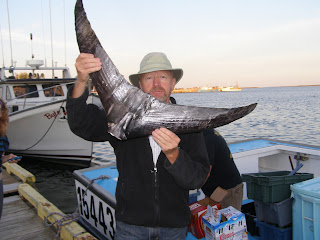 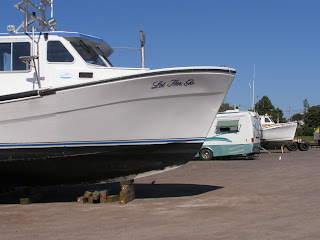 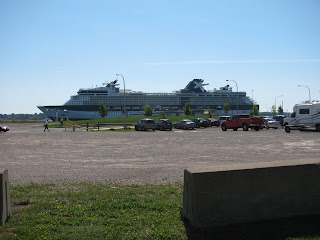 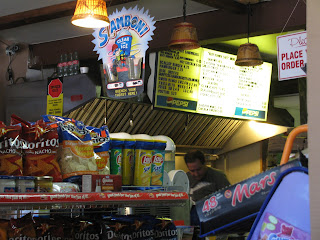 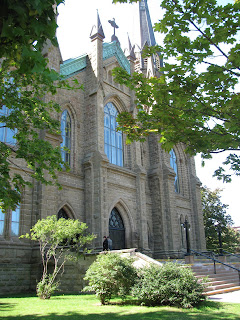 Each day we took a road trip in the car to see some more sights.  Went to Charlottetown, thinking we would go to the Seafood Festival but got there and discovered it was very expensive for what we would be interested in so decide to do a walkaround the Historical part of the city.  Lovely and very interesting!  There was a cruise ship in the harbor so that was a point of interest as well.
After another night at the Marina it was time to move to a RV Park.  Found a great park on the north coast and stayed about 3 days.  Toured Summerside, the beaches, Farmer's market, Ann of Green Gables and many more. 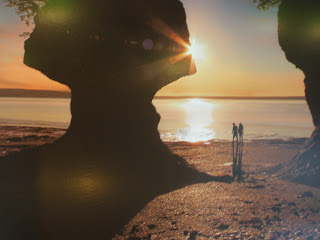 We stayed at Twin Shores RV Park for 3 nights where we met up with Johanna and Rolf Heimlicher, a couple that we had met in California 2 years ago.  Great visiting again.  They are heading in the same direction as we are and may see them again down the road. 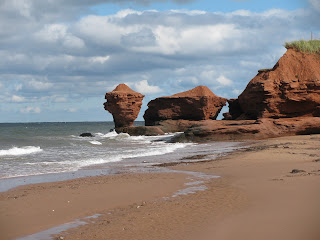 When we left Twins Shores we decided that we would take the ferry across to Nova Scotia so left Lyd and Dwayne with plans to meet up at the RV park on Cape Breton. 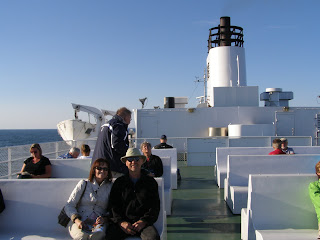 Jim and Sharon's RV Adventure2010
Sundre, Alberta, Canada
I turned 70 almost a year ago. Raised a son and daughter and foster-son. Love my kids and grand kids and now have 2 Great Grandsons and another grandchild on the way. I retired from my receptionist job in 2010 to travel full time with my special man and have thoroughly enjoyed travelling in Canada, United States and Mexico in a 40 foot Motorhome for the past 8 years.